Our seventh full length CD titled Day Dreams, Night Dreams was released late 2021. The music & lyrics of all the songs were written by Mikio Sankey. The songs include: Those Silky Nights, Day Dreams–Night Dreams, Tip the Scale, Gretje’s Song, Hitch a Ride, Stranger on the Run, Mystic Pearls & Whispering Bells.

The musicians include: Mikio on lead and rhythm guitar (composer of all the songs), Chris Wonzer on lead and backup vocals plus drums (tracks 3 & 4), Gretje Angell on lead and backup vocals, Paul ILL bass,  Peter Assing tenor and soprano saxophones, Mike Albert lead guitar, Dan Potruch on drums (tracks 1, 2, 5 & 6), Ronnie Ciago on percussion (tracks 2, 3 & 5) with guest artist Winston Raval (electric piano track 3). There are 6 original songs with slightly under an hour of music.

Mountain Castle Band – 4 : Spirit of the Mind was released in mid 2020. This CD includes 6 original songs of music totaling  slightly over 56 minutes. The songs feature Chris Wonzer on lead vocals and Gretje Angell on lead vocals on the song Right In Your Heart. The instrumental soloist are: Peter Assing on tenor and soprano saxophones, Mike Albert on lead guitar and Mikio on lead guitar. Enjoy.

Sankey Brothers 3 — Mountain Castle Revisited (and friends) features all new and original material and will be available November 2019. We again present a variety of original songs without concern for keeping the music within a particular genre of music. As mentioned in our first CD, a mountain has many sides and many facets. There was a time when the record companies pretty much had complete control of the music and sound of an artist or band. You could play live club dates and concerts but if you wanted to present your music to a wider audience, you had to go through a record company. Those companies controlled the marketing and distribution of your music. For business purposes, those artists were placed in a specific category to be marketed to a particular targeted listening audience. Your music had to fit into a specific genre.

As we move into a 21st century global community with a tremendously diversified listening audience, we do not have to be handicapped by that old style of thinking. And since we are not under the control of a major record company, we are able to present our material as we please.

There are a few songs on this CD (Mountain Castle Revisited) that are reminiscent of the older style of American rhythm n’ blues, plus some early rock n’ roll and county influences, jazz and other styles. Each of the first two CD’s (Into the Mountain and The Sankey Brothers with Jahsha), featured the same lead singer throughout the CD. In the new CD Mountain Castle Revisited /Sankey Brothers we featured several different lead singers. This allowed us the opportunity to present the songs in a more diversified format. Each of the three lead singers: Jahsha on Working Title, Ted Souder on That Rainy Day, When We Were Young, Once Upon A Dream and Poor Little Girl, and Chris Wonzer on Meadow Across the Lake, Tick Tock Man and Thank You Bo Diddley brought their own styles and personalities to help shape the songs and the CD.

We hope you enjoy this CD: Sankey Brothers 3 — Mountain Castle Revisited (and friends).

A double-disc (CD) album, Into the Mountain, is now available for listening, and for purchase at $20.00 per double-CD. The $20.00 includes shipping within the Continental US, Alaska and Hawaii. This double-disc (CD) album will contain approximately 90 minutes of music in 11 songs. There will be 9 vocal tunes featuring Ynez Anthony on lead vocals and 2 instrumentals featuring Edwing. All the tunes are original.

A second version of Mountain Castle Music entitled Sankey Brothers with Jahsha is now available for purchase at $15.00 per CD. The $15.00 includes shipping within the Continental US, Alaska and Hawaii. The music on Sankey Brothers  will be a contrasting departure from the music of Into the Mountain. Sankey Brothers with Jahsha  will be an LP consisting of 7 original dance-type, rock-rhythm n’ blues songs featuring Jahsha on lead vocals and Edwing on a 1950’s American Fender Telecaster. This album will be more focused on second chakra dance-type songs (not hip-hop). We will redo Sunny Street and Leaves Turn Green that were both on the Into the Mountain CD but will rearrange the songs and add Jahsha on lead vocals. There will be 7 original songs on this CD.

Still another aspect of Mountain Castle Music featuring Edwing will be released shortly. The music on the Edwing CD will consist of original instrumentals featuring Edwing on lead guitar and ukulele. The genre will range from rock to jazz to classical to easy listening. 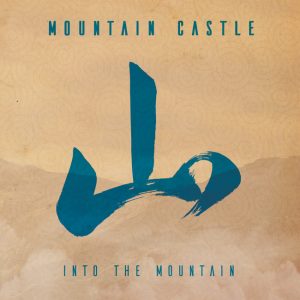 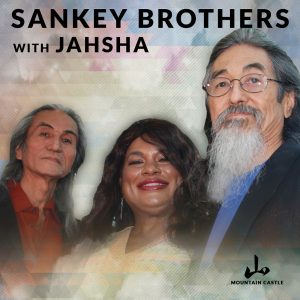